For the freedom you deserve ..   for the world we long for 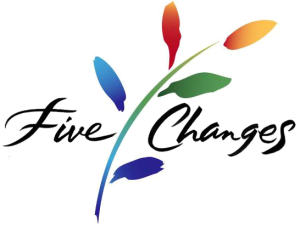 A Trance of Empowerment

Trance is where dreams come from – whether it’s the dreams we have at night or the dreams that represent our aspirations and deepest desires. It’s how we learn to engage our imagination for the greatest good.

The work of Milton Erickson was one of the inspirations for NLP (Neuro Linguistic Programing) or as we prefer to say – Now Live on Purpose.

He was a master of conversational hypnosis. In other words, he was so good at ascertaining a client’s state of mind that he could, with a few words, help them slip into the liminal world where all dreams are real. Call it everyday magic, call it magic. It’s the opposite of how most people function most of the time. It’s the opposite of most conventional therapy and coaching. So often we cling, out of habit or fear, to the rational, the predictable the cognitively ascertainable – which is why we sometimes decide that change is hard. Actually it doesn’t need to be as hard as we make it.

People who have danced around the same old issues for years come to us in our capacity as hypnotists as a last resort. More often than not they are surprised how easy it is to change when they feel safe to do so, when they are aligned with their own unconscious, when they resolve internal conflicts, and tap into the resources that are not available when they are fighting against themselves.

From Victimhood to Choice

What happens when you stop blaming yourself and others for difficulties you face? Stop shaming yourself  yourself, or others? Stop focusing on the negative, telling old stories that you make real in the retelling of them?

That’s all it is. To simply stop, to see yourself, “to rest in the grace of the world, and be free.”

For information about working with Caitriona or Michele please Contact Us directly.