How I was Healed by a Deck of Playing Cards 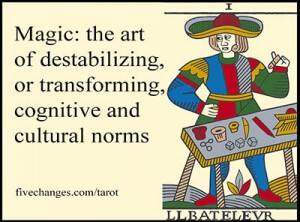 Surely life is NOT just a game of chance? Or is it? What do you think?

I’m not asking for a theoretical answer here. I’m asking what you’ve noticed about the way life plays itself out. Because no matter how hard you try to control things, they don’t always come off as you had planned.

When things unravel, do you try harder? Do you just let go, or do you look for another way to play the ‘game’?

Do you think of your life as a scary game of chance, a beneficent bonanza, a no-fun game of ‘destiny’, or something else?

The way I healed was by learning to turn these questions around and recognizing that we actually make up most of our own meanings as we go. I learned that I had either been pushing against things much too hard, or else I was not pushing back at all.

And my big take-away lesson, was to truly trust my intuition, and that by doing so, you turn a game of chance into a game that you can always win!

Because becoming more skilled at using you intuition is the biggest single thing we should all learn to do in a world where intuition is so undervalued.

The class starts soon. It’s about more than the magic of a humble pack of cards. It’s about the intuitive Magic that’s hiding itself inside you — let’s call it the Dharma of Card-play.

Register for the next on-line class as soon as you can, because we want to send you a pack of luxury seventeenth century Tarot cards from France that we’ll be using for the class, and that will be yours to keep.

The Marseille Tarot has become a tool we use in our work. It’s something we teach for it’s own sake, because it’s such a powerful catalyst. It’s also something that illuminates our work in Hypnosis, NLP, and Family Constellation Facilitation.