NLP as a messenger 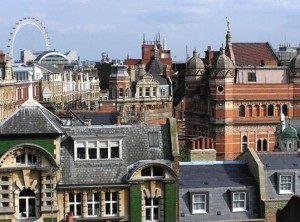 “What do you want meaning for? Life is desire, not meaning.” —Charlie Chaplin

It was many years ago, when I was living in London; early on a summer Sunday morning. The sun was just touching the rooftops. The streets were quiet. I was woken by loud banging on the door of the flat downstairs. The banging went on for several minutes. I got up and opened my door, and called down that my neighbor was away for the weekend, and anyway, you shouldn’t go around waking people up at the crack of dawn! A young man came up the stairs, walked into my flat, sat down and said, “Wake you up? Wake you up? Nothing could wake you up, mate!” Then he stood up, walked back downstairs, and left the building.

I went back to bed and imagined that perhaps the stranger had been a messenger. Perhaps he was giving me a messages from the universe. Was there a hidden meaning here, something he knew, that I didn’t? Or had I, like him, simply had too much to drink the night before?

I told the story to my friends and it became an ongoing joke. So it has stuck with me, a reminder to ask what ‘waking up’ could even mean.

We all invent our own unique meanings for life, and for the things that we experience. It’s how we make the map that we navigate by. That summer, in the late 1970’s, I had spent the past several months at silent meditation retreats. I was learning to question a lot of what I had previously taken for granted. ‘Meaning’ was already up for grabs.

Milton Erickson, the man who helped make hypnosis acceptable in the world of medicine and psychiatry, and who was to become one of the original inspirations for NLP, said that everyone walks around in a trance of disempowerment, and that our work is to change that trance, to a trance of empowerment – in other words, to wake up. His genius in helping his clients was in his ability to recognize the maps they used to navigate the world, the meanings they gave to things. Waking-up was simply waking up to the possibility of making new meanings, new maps. and opening yourself up to doing things in new ways.

We are meaning-making creatures. It’s what we do. It’s how we learn, communicate, and create. As children it’s how we define who we are, and who we will become. It becomes a problem when the meanings we attribute to things make us feel bad or do harm to others. Fear, and our longing to make the world safe, causes meaning to coagulate into fixed beliefs, and fixed beliefs to become assumed truths.

It’s clearer if you consider the words of Charlie Chaplin,

“What do you want meaning for? Life is desire, not meaning.”

Meaning hesitates, desire acts. Meaning doubts, desire loves. Meaning is a mirage, a trap, that takes you round in circles. Desire goes straight to the source. It’s the old dance between the Apollonian and the Dionysian, between Logos and Eros. It’s NOT a battle between  opposites. Desire is not a pathway (as some fear) towards losing control, or to indulging in unbridled appetites, and losing yourself to addiction. Desire is how you cultivate your creativity, vision, integrity, and sense of being connected to the whole.

If there’s a clear message from the universe it’s that you have a choice as to how you shape meaning; so that the meanings you make, carry you forward, rather than hold you back; and NLP is a useful messenger that brings you the skills to help you turn desire into creativity, and your vision into reality.

« Spiritual NLP» Got it!