Why Relationships Flounder and Fail and how they can Thrive and Inspire the World.

We project so much onto our lives, onto the world. and onto other people. Nowhere is this more true than in our relationships. Perhaps you thought that another person could save you, validate you, guide you, or give meaning to the disappointments and victories, to the anxieties and celebrations of living. We’re told that more than half of all marriages and partnerships end in divorce or separation. You’ve probably experienced at least one big breakup in your life, along with all the self-doubt, resentment, and regret that goes with it. Why not? It’s part of living.

We’re wired to RELATE. We’re social beings. Romantic love as a social construct may only be a few centuries old, but deep in our being we’re programmed for affection, empathy, and sustained connection with another, with others. Why then do so many people struggle wondering who they are, how they should go through the world  relating to other people, family, lovers, and friends? The question is whether you grow from this journey of living and loving , or whether you let it close you down.

It’s what you project onto relationships and expect from them that causes the problem.

Are you an idealist or a cynic? Do you consider yourself a realist,. We come to our own perspectives and conclusions based on our hopes and disappointments, watching our parents, watching the world around us. We experience betrayal, ecstasy, embarrassment, fulfillment, frustration — all that goes along with being a human being. The task, the trick, the assignment .. for all of us, in relationships, as in everything else in our lives, is to peel away the layers of expectation so that we can meet another, others, the world, as they are. Not on terms we made up in advance, based on our own predetermined conclusions, but on the terms that evolve in the process of our meeting and being with others.

In other words, the work that’s assigned you is to:

1. To learn to look at things as they are and put aside all past experience, and

Imagine your relationship as a large bowl. You know that if you drop it, it will shatter. If you forget about it, or take it for granted, it may slip from your hands and shatter into pieces. If you hold on too tight it could crack, perhaps without you even noticing at first. This bowl is empty, and even as you begin to fill it with your dreams and shared aspirations you are making a commitment. You are shaping the destiny of the relationship. What will you put there? How much space will keep free in this bowl? The choice is yours, and what the bowl becomes will be continually shaped and reshaped by who you become. Treasure the bowl. How you do so is as open as the bowl itself, a work of art, a work of continual creation.

Assume one hundred percent responsibility in every relationship, and even in every communication or interaction that you have.

When it goes well, celebrate. When it doesn’t, ask yourself what you are not seeing, what you have to learn, how you can change? It always worth the effort to know that nothing is set in stone, and there’s always room to let other people in, even if you had thought you had closed the door.

Love does not consist of gazing at each other,  but in looking outward together in the same direction.” ― Antoine de Saint-Exupéry

Carl Jung said that we ‘marry our unconscious.’ Everything unresolved in us will play out in our relationships. Jung meant that we marry our unconscious desires and anxieties, all the blind spots, everything we dislike about ourselves. And to extend it a step further, everything that shows up in your primary relationship with your spouse, or your partner, also applies to every other sort of interaction you have, with other people, or with the world as a whole. How you DO one relationship is going to be how you do all your relationships.

People often ask us if we would teach a retreat or workshop on relationships. We’ve been reluctant to. It was enough to do our own. And aren’t there enough people talking about relationships already? Well perhaps .. though it turns out that there are a few things we’d like to add — from the mechanics of clear communication to the altogether mind-blowing proposition of the illuminated sacred dance of living into a relationship that keeps on evolving for 10, 20, 30 years and more.

Some of the questions: are:

How to do the inner work so that you can express respect and love and friendship for your partner — and for everyone else in your life for that matter?

How to be present when your buttons are pushed (because if we ‘marry our unconscious’ there will be plenty of them)?

How to change the repeating patterns that have determined the people you choose to have relationships with time after time? 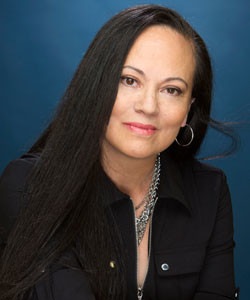 There is virtually nothing known about the historical Saint Valentine. How appropriate is that!

Romantic love is such an all-pervading theme in contemporary culture that we assume it to be a human, if not a universal characteristic, “birds do it, bees do it, even educated fleas do it,” as Cole Porter’s song tells us. Romantic love is now the perennial theme of songs, movies, and literature. But it wasn’t always so, at least not in the way we now take for granted.

The modern western notion of Romantic love first arrived in the form of Courtly Love during the later Middle Ages from the Persian and Arab world. It’s not to say that people didn’t have the hots for each other prior to that time, it’s just that love wasn’t ceremonialized as it now is. Marriage was more of an expediency.

Sex, until western culture learned about sexual pleasure from exposure to Indian culture in the 18th century, had little of the sophistication we (at least, some of us) have come to expect from it. It was more of a biological imperative.

Fortunately, it seems that love (and sex), in all its relatively recent glory is “here to stay” – as another unforgettable song goes.

“Our Love is Here to Stay”

Last month we celebrated 32 years together. We stumbled into our relationship, the week I had arrived in Los Angeles. After a month we moved into a huge downtown loft. Within a few months we traded downtown smog for the air at the beach, where we stayed for ten years until moving out to the mountains at Manzanita Village.

We broke up once, early on, for half a year. Sometimes we mention it to friends in the middle of their own break-up. It seems to give them comfort and hope.

In addition to living together we have worked together, run a retreat center, lead workshops and retreats together. Now as we launch our new business, we are working together more closely than ever. It has not always been easy. We’ve been through many transitions and life-changes. Who doesn’t in thirty years? So here are a few things we learned on the way, in no particular order of priority.

“Love does not consist in gazing at each other, but in looking outward together in the same direction.” Antoine de Saint-

We do not share all the same friends. There are things we do together and things we do alone. We do share many interests in common, and there are some interests, and friends, we do not share. We go through phases. There have been times when we do more things together than at others. Neither of us takes it personally.

Unconditional means that there are no conditions

Actually, there are always conditions; like integrity, truthfulness (which doesn’t always mean telling each other every damn little thing), staying true to oneself and one’s passions. When Caitrìona changed her sex 15 years ago, Michele supported her. When Caitriona had hesitated from making that transition the previous year, Michele had threatened to leave, because Caitrìona’s hesitation smacked of falsehood and inauthenticity.

After Caitrìona’s transition it seemed clear to both of us that ‘unconditional’ had to mean what it implied. We could no longer deny each other the kind of feelings—and needs and desires and curiosity—that were emerging in relation to other people. 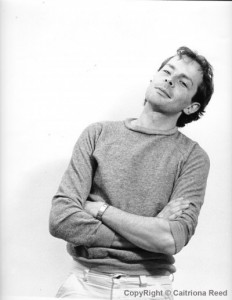 So our relationship became an open one, based on mutual respect, and a sense that we would remain together no matter what happened, or who showed up. There were, of course, no actual guarantees, just a vague sense that we would stay together. It allowed us to be completely open with other people, regardless of whether they were lovers or not. There was, and remains, a wonderful sense of spaciousness in loving someone very much, but without any sense of possessiveness or anxiety.

Some people look to religion, a set of beliefs or values, that they subscribe to. We tend to be a little more fluid, even when we had a more official role as Buddhist teachers. Perhaps it’s simply a matter of keeping the bigger picture in mind, seeking to bring the best out in oneself, each other, and other people. It may sound trite, but it boils down to feeling good in order to do good. It’s not even something to remember, just a central value that we both share, a simple priority.

Everybody changes; most of us transform into entirely different people in the space a few years .. or days, or hours. Then there are some things that don’t change, or change very slowly. The textures that exists between what changes and what doesn’t, or doesn’t seem to, is the raw material of art, of creativity, of life itself.

We both thrive on new ideas and impulses, new directions and discoveries. Sometimes we both think with horror of how it would be to live with someone who relied with stubborn tenacity on being predictable. It’s not that it is bad to be like that, it’s just that we have survived by being reliably changeable.

Just do what you have to do to keep love strong in your life.

“The formula for achieving a successful relationship is simple: you should treat all disasters as if they were trivialities but never treat a triviality as if it were a disaster.” Quentin Crisp

Just today we were getting impatient with each other, and not being very nice. We definitely do not try to be nice all the time and sometimes we leak energy in a way that might be shocking to more demure souls. But even as we were snapping at each other today, we were making jokes about it, and giggling. Within minutes we were laughing. A few moments later, and all the rough edges were gone.

There was a study once, of couples who had been together for fifty or more years, and the vast majority claimed that the one thing that kept their relationship going was their ability to laugh at themselves.

You don’t have to try this at home

We were not nearly as good at letting emotions go when we first got together; and I can’t imagine that we could have started out with an open relationship. In the beginning there were plenty of conditions, expectations, and anxieties. This is just an account of what we discovered along the way, not necessarily a recommendation for others  .. Wishing you a good laugh, and lots of letting go, on this feast of St Valentine and to remind you to keep love strong in your life.

For some fascinating insights on such modern notions as love, sex, travel, learning and more look at An Intimate History of Humanity by Theodore Zeldin.